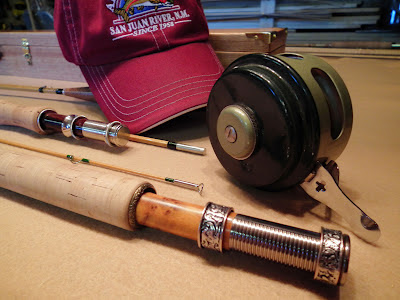 When the doors open and the crowds start to filter in at Bob Gerding’s annual hunting and fishing show this weekend, fledgling bamboo fly rod builder Bruce Smith of Edgewood will be there to realize his dream.

“It’s pretty exciting,” the retired master carpenter said during a recent interview at his modest work shop tucked away in the hills of southern Santa Fe County. “And I’d be lying if I didn’t admit I’ve had some butterflies in my stomach.”

Smith will be exhibiting over a dozen of his meticulously hand crafted bamboo rods at the show and providing information on the history, construction and use of split bamboo cane rods. 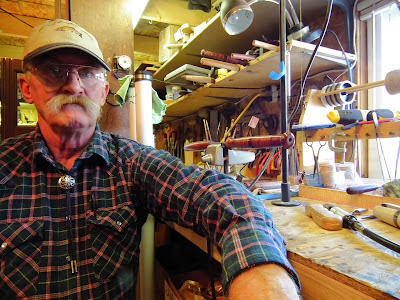 Bamboo rods are considered by many fly fishing purists to be the best an angler can use. They are said to provide smoother casting, a supple feel and better response when a fish is on the line.

Gerding’s 14th annual hunting and fishing show kicks off at noon on Friday and runs through the weekend inside the Manuel Lujan Center on the state fairgrounds at Expo New Mexico.

Exhibitors will include hunting and fishing outfitters, outdoor product vendors, educational seminars and other activities.

And this year the angling group New Mexico Trout will be holding its annual fly tying symposium featuring top fly tiers during the show.

The popular King Salmon fishing simulator will also be back this year too, says promoter Bob Gerding who is in 14th year of running the show. 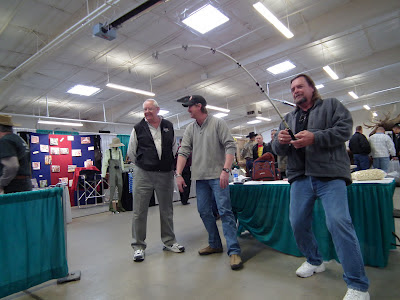 Tickets are $8 and kids under 12-years-old get in free. For more info go to http://bobsoutadv.com/

Smith, in pursuing a career as a bamboo rod building career, is carrying on a family tradition of sorts.

Smith says his grandfather, Clyde Lester of Spokane, Washington, was a fisherman who liked to fix up old rods and reels in his shop when he wasn’t working construction.

“He was a gas to hang around,” Smith, 62, says of Lester whom his family often visited for vacation.

Lester worked with bamboo which was prevalent then as fiberglass and graphite rods had yet to hit the market.

“I was fascinated by his work and always dreamed of doing the same thing,” Smith says of those days hanging around with his grandfather who also taught him the art of fly fishing.

So when the economy tanked a few years back Smith finally got his chance to pursue his dream.

After 27 years of exclusively building stairs for construction companies like Pulte, Sivage and Stillbrooke Homes and also Accent Stairs in Albuquerque, Smith called it quits and got to work on his own small business. 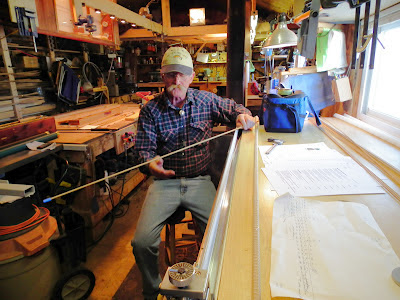 His shop now features the tools of his new trade including specialized equipment he constructed himself for splitting and shaping the bamboo cane, wrapping, varnishing and drying the rods and other construction techniques.

Smith’s rods can be custom built to include gold plating, exotic wood rod handles, special paint schemes, carrying cases or whatever a customer may want to personalize their rod, Smith says.

Smith’s business venture is called Sweetrock Rodsmiths and in addition to crafting over a dozen rods for display at the show he has even built his own website which can been seen at http://www.sweetrockrodsmiths.com/.

And as far as Smith knows there’s only one other bamboo rod builder in the state that’s in the business. 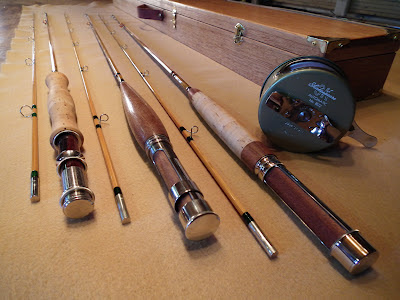 Smith grew up in Albuquerque where his father, Clifford Smith, was a high ranking naval officer with the Naval Weapons Evaluation Command at Kirtland Air Force base.

Smith graduated from Del Norte High School in 1968 and set out to pursue his own career in the Navy serving as a machinery repairman with the Seabees.

But while on leave in Albuquerque in 1972 and preparing to travel to a new duty station in San Diego he was involved in an accident that drastically changed his life.

Smith got his vehicle stuck in a ditch on a country road while visiting friends and upon winching it out was severely injured when the cable snapped and nearly took off his leg.

His naval career came screeching to halt and his medical recovery took years to accomplish.

“There were no disability or insurance payments,” Smith said. “So I just had to suck it up and move on. The toughest part was learning not to be bitter.”

The accident left him with some serious emotional and physical problems to overcome and he came close to living off the streets at one point, Smith says.

But with the help of his family and friends Smith overcame those hurdles and went on to find a new career specializing in the construction of staircases, a specialty within the housing industry. 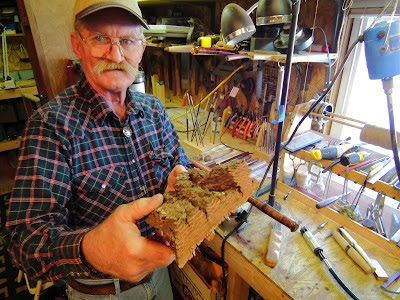 Smith is a long divorced bachelor who is still very good friends his wife, Karen, and they have a daughter, Kelsa, who is a graduate student at the University of New Mexico.

Smith’s father has since passed on but his mother, Jean, at 91-years-old is still well enough to have travelled on her own to visit family on the west coast over the holidays, he says.

Smith said that in making his debut at the hunting and fishing show Smith sees it as overcoming yet another difficult situation in life and moving on to a better place, something he hopes fellow vets returning from the Iraq war can accomplish too. 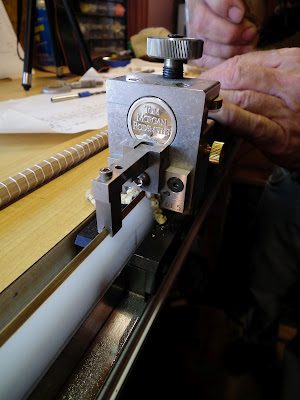