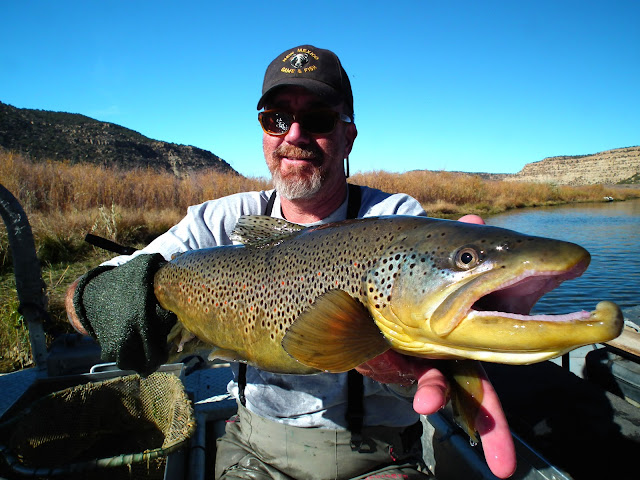 By Glen Rosales - Courtesy of the Albuquerque Journal

Marc Wethington grew on the San Juan River near the Four Corners area.
So it’s not too surprising that his life’s work has been dedicated to maintaining the river below the Navajo dam as one of the leading fisheries in the world.

For his efforts over the course of a 21-year career as a fisheries biologist with the New Mexico Department of Game and Fish, Wethington recently received the Fish Head of the Year Award honoring lifetime achievement from the American Fisheries Society.

“It was greatly appreciated to get the award and to get the pat on the back. It’s been consuming to me for many years,” he said of his work. “I think it’s also good for the department. A lot of folks that work really hard in our agency that are deserving also, and without their help and I wouldn’t have been able to accomplish this.”

The world-renowned fishery that covers a stretch of the river about four miles from below the dam, boasts an estimated 70,000 trout averaging 16 to 18 inches in length. It is widely regarded among anglers as one of the West’s top trout streams. 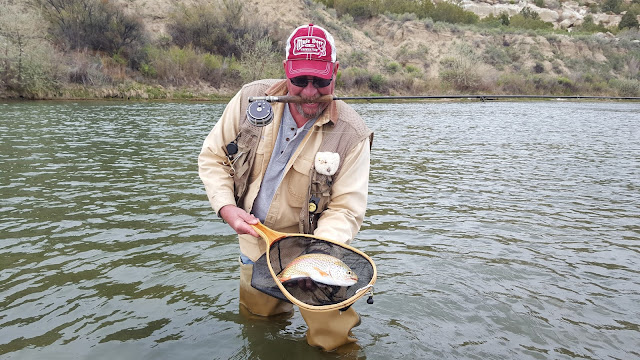 And it’s something Wethington, 53, of Kirtland, has been passionate about since his youth.

“As a child, a teenager, the bulk of our family trips and vacations were about camping, fishing that type of stuff,” he said. “That outdoor sort of stuff I have been doing my entire life.”

Wethington earned an undergrad degree in environmental science from New Mexico Highlands University in Las Vegas, N.M., then got into the life sciences graduate program focusing on aquatic entomology.

“And I started doing contract work on the San Juan on native fish, and aquatic invertebrate (insects) just blow dam in the special trout fishery and that’s really where I really got interested in fisheries,” he said.

While a lot of the work is relatively mundane – collecting and analyzing data culled from surveys with the anglers who use the area – Wethington has also made a point of hands-on work in the field.

“The last probably 10-12 years I’ve really been pushing habitat work in and along the channel to improve the fishery,” he said, adding downstream water development has led to the drop in water levels. 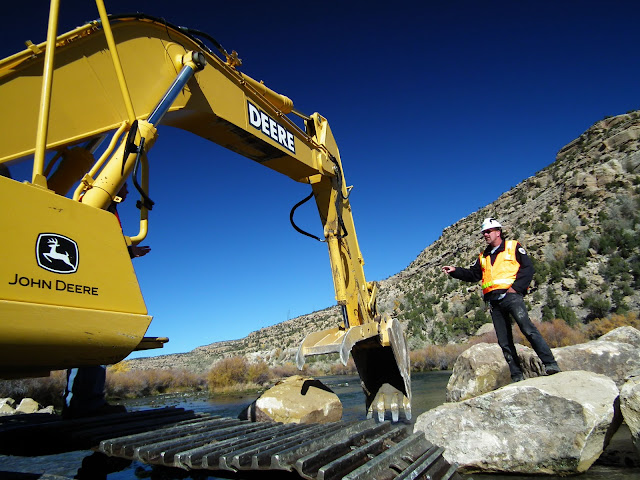 “Since we have less water, we had to manage it better,” Wethington said. “Excavating pools, narrowing the channel to increase depth and velocity, that helps with depth and transport sediment to keep the bottom clean.”

Keeping the San Juan River fishery a viable and attract spot for both fish and the fishermen is critical, he said.

“People in New Mexico don’t realize the significance as far as sport fishing, how important this is as a destination fishery,” he said. “In the special trout waters, about 250,000 to 300,000 hours a year people spend fishing it and that means $35-$40 million year a year from the fishery as far as the economy.”


Read more about improvements to the San Juan at: