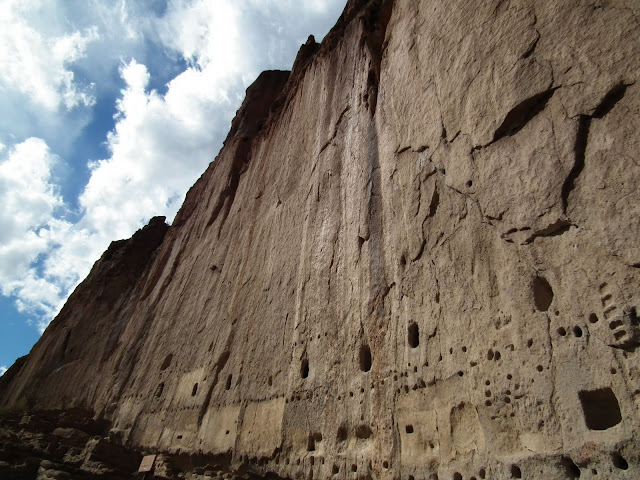 With 10 of its monuments, four parks and one preserve in New Mexico, celebrating the year-long 100th anniversary of the National Park Service beginning August 25 means you won’t have to go far to find the party.

You could go north to Aztec Ruins National Monument in the northwest corner, or south to White Sands National Monument near Alamogordo. Or find a common thread to explore over a set of two or three, such as following your own “bat tour” between camping near Grants at the El Malpais National Monument’s volcanic cones and the tourist-friendly bat flights at Carlsbad Caverns National Park in southern New Mexico. 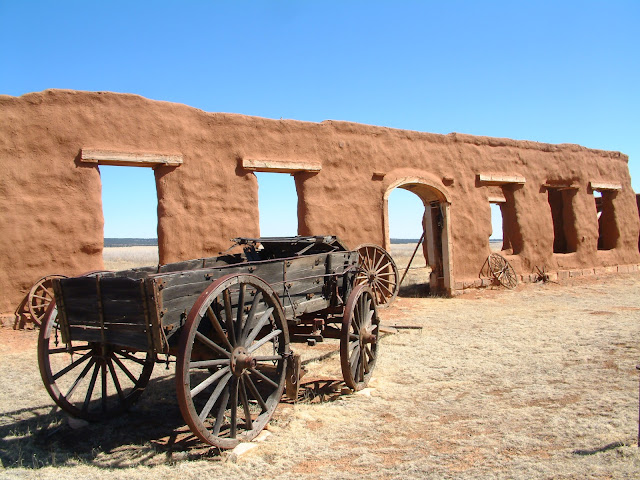 Nearly each one of the National Park Service properties in New Mexico features walking or hiking trails in order for the visitor to fully enjoy the entire educational aspect of each monument, park or preserve.

The celebration, which includes free admission to any fee area included in the National Park Service from August 25 through August 28, goes on for the entire year, so you’ve got time to complete your own ‘trail,” be it holes in the ground created by volcanos or beautiful, human-touched places, like Pecos National Historical Park outside of Pecos or the Gila Cliff Dwellings National Monument outside of Silver City. 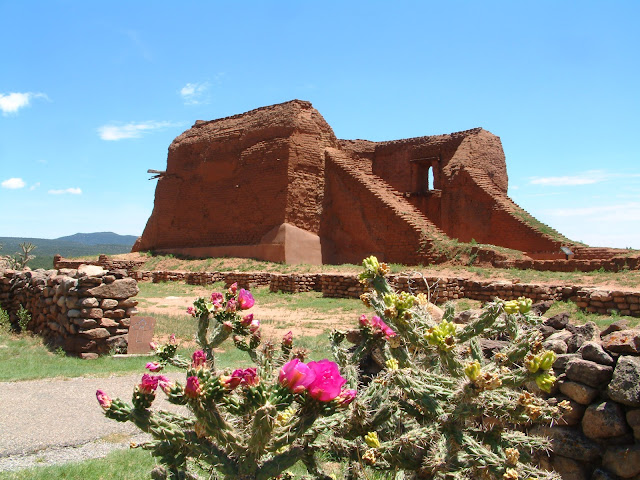 If you’ve already seen it, done it, and bought the t-shirt, why not find one of the National Park Service national historic trails and hike for a bit, weather permitting. It may get you wondering about the roads traveled by those seeking broader landscapes and wider skies as New Mexico’s role in the West predates statehood. The historic trails include the Old Spanish with locales preserved in New Mexico, Arizona, Colorado, Utah, Nevada, and California. And then there’s the Santa Fe, with locales in New Mexico, Colorado, Oklahoma, Kansas and Missouri. Finally, El Camino Real del Tierra Adentro sites will help you understand how all roads apparently lead to Santa Fe.

Some of the trails mentioned above are part of the National Park Service’s program of Heritage Travel – with itineraries to uncover the interconnectedness of the national parks and history. Read about it at: https://www.nps.gov/subjects/heritagetravel/discover-our-shared-heritage.htm

Here’s more information about each monument, park and preserve in New Mexico:

Aztec Ruins National Monument near Aztec has something for everyone, from the first-time ruin visitor to the veteran looking for their next mind-blowing “wow.” Fishing, hiking, camping nearby. Contact: nps.gov/azru.; 505-334-6174

Bandelier National Monument near Los Alamos attracts locals and lots of tourists, domestic and international. The reasons include that it’s accessible, beautiful and fun. There are places in New Mexico where ruins must only be viewed from behind the cordon. At Bandelier, however, you’ll have a chance to climb around the landscape a bit. The history is right at your fingertips. There’s also camping, ranger talks, dark skies appreciation. Contact: nps.gov/band; 505-672-3861

Capulin Volcano National Monument near the tiny town of Des Moines in northeast New Mexico offers hiking and the startling remains of a volcano. Contact: nps.gov/cavo; 575-278-2201

Carlsbad Caverns National Park near Carlsbad never disappoints because every time you go, you notice something else. Wildlife, desert landscape, the huge cave called Big Room filled with well-lit geological wonders. Last time we were there, it was the WPA-era stonework and architecture on the surface that caught our eye. If you are there when the bats fly, don’t miss it. Contact: nps.gov/cave; 575-785-2232.

El Malpais National Monument near Grants is one of our favorites because it’s like Carlsbad Caverns, but without all the people. Caves, camping, dark skies appreciation. Contact: nps.gov/elma; 505-876-2783.

El Morro National Monument near Ramah is one of those places that we always visit  when we’re in the neighborhood because it’s a reminder of a common theme in New Mexico as a crossroads, where travelers and locals left their mark through the eons. But, please, a selfie suffices for all of us now. Contact: nps.gov/elmo; 505-783-4226.

Fort Union National Monument near Watrous provides a look back at New Mexico’s role in the expansion of the United States between 1851 to 1891. Ranger talks provide much insight. Contact nps.gov/foun; 505-425-8025.

Gila Cliff Dwellings National Monument near Silver City was an ancient settlement that modern-day people can now appreciate. Camping, fishing, hiking are all nearby. Contact nps.gov/gicl; 575-536-9461.

Manhattan Project National Historical Park in Los Alamos is still in the development stage, although there is a site in town that provides much of the history of how, when and where the development of the atomic bomb during World War II occurred. The once homey history museum is closed now, but locals are excited about the forthcoming expansion. Hiking, camping, skiing in the winter, dark skies appreciation. The Bradbury History Museum and a nature center are within easy driving or walking distance of the town center. Contact: nps.gov/mapr; 505-661-6277.

Pecos National Historical Park in Pecos presents the history of the intertwining of Spanish Colonialism and Native American cultures in one spectacular locale. It should be on the list of any newcomer or first-time visitor for a comprehensive primer on important aspects of New Mexico’s colonial period. Camping, fishing, hiking, nearby. Contact: nps.gov/peco; 505-757-7241.

Petroglyph National Monument in Albuquerque on the West Side. If you want to know about petroglyphs – images and symbols carved by humans hundreds of years ago – this is the place. Nearby is heavily urbanized. Contact: nps.gov/petr; 505-899-0205.

Salinas Pueblo Missions National Monument (Gran Quivira, Abo and Quarai) near Mountainair is made up of three historic churches now beautifully open to the sky. The sites offer an earthly awareness of New Mexico’s harsh conditions and strong faith. This belongs on your list. We’re going back soon, ourselves. Contact nps.gov/sapu; 505-847-2585.

Valles Caldera National Preserve near Jemez Springs/Los Alamos is a beautiful bowl with a stream running through it. In New Mexico, there are 50 ways to say “wow” and Number 2 is “Valles Caldera,” (see Aztec Ruins for Number 1).  Most entry is by reservation and prior arrangement, but access is increasing. Elk, bear and other wildlife call this place home, tread carefully. Contact: nps.gov/vall; 575-829-4100.

White Sands National Monument near Alamogordo is a beach of white gypsum that just goes on and on and on – without an ocean. The amazing sand will spark your imagination for fun, including sledding and biking. This natural wonder could be part of a “desert ellipsis” trail including Carlsbad Caverns and Salinas Pueblo Missions. Heck, go to the Gila while you’re at it. Contact: nps.gov/whsa; 575-479-6124.