Outdoor recreation industry worried about lack of snow this winter

’s outdoor recreation industry is bracing for a dismal year due to a record-breaking lack of snowpack this winter.

“This is scary,” says Ivan Valdez of The Reel Life fly shop in . “The health of our lakes, rivers, wildlife, the tourism economy, they all depend on that runoff.”

Snowpack in northern and southern is at record low amounts and not expected to improve any time soon, says Chris Romero, snow survey hydrological technician with the United States Department of Agriculture’s Natural Resources Conservation Service in .

“The long range forecast is we’re looking at above normal temperatures and below average precipitation,” Romero says. “We’d need twice as much snow as we normally receive to make up for what we haven’t gotten so far.”

Romero’s January statewide report shows snowpack at just 4 percent of median compared with 98 percent at the same time last year. Statewide precipitation stood at just 12 percent of average so far this winter and a little over 20 percent for the year. Springtime runoff forecasts are expected to be way down if not non-existent in some places, Romero says.

“If we don’t get some relief this could go into the record books as one of the worst winters ever,” Romero says.

Last weekend’s snowstorm was welcome but did little to alleviate the situation, he noted.

River rafting guides have ridden out droughts like this before and are prepared for low water conditions, says Steve Miller of New Wave Rafting in Embudo and president of the New Mexico River Outfitters Association.

“You can run the racecourse at any level and still have plenty of fun,” he says.

River rafting companies have adapted over the years to repeated drought related low water conditions by offering funyak rentals and guided float and fishing trips on the lower river.

The industry saw a banner year of hair-raising and lucrative runs through the ’s Taos Box last year due to great high water conditions.

But this year could be another story this year as the ski industry has already learned.

“We’re open but considering the lack of snow and limited terrain, business is a little slow,” says Candy DeJoia at Ski Santa Fe.

The ski area averages 225 inches of snow a year but has only seen 24 inches so far this season, she said.

So instead the resort has been busy making man-made snow to apply to their most popular trails, she said.

Those who venture up the mountain will find discounted prices, great weather and plenty of room to ski, she says.

Other ski areas around the state are suffering the same fate with overall business down by about 30-percent this year, says George Brooks, executive director of Ski New , an industry association.

Brooks stressed that most resorts have good snowmaking capabilities and applying snow to their most heavily used runs to keep customers happy.

“We’ve still got a couple months of winter left and are hoping for snow,” he says.

The bleak snowpack outlook has state and federal forest officials worried about an early and heightened fire season.

The U.S. Forest Service has suspended some planned  prescribed burns due to dry conditions and is monitoring the situation closely, says Bruce Hill Jr., public information officer for the .

“If the dry conditions persist there’s always the possibility of forest closures,” he acknowledged. “But it’s still a little too early to tell and we’re hoping we’ll get some help from Mother Nature.”

State forestry officials are urging the public to be prepared in case of wildfires.

“Create a defensible space around your home and property, prepare a “go bag” in case of evacuation with essentials like medications, important documents, family photos, personal computer information on hard drives and disks, and chargers for cell phones, basically have a plan just in case disaster strikes,” says Donald Griego, state forester for the New Mexico State Forestry Division. “The more prepared you are for wildfire, the safer you and your family will be.”

Detailed fire safety and evacuation plans can be found on the division’s website while up-to-date fire related news and information can be found at www.nmfireinfo.com.

In the meantime anglers and outdoor enthusiasts can take some solace in knowing that the state’s lake and reservoirs are at about 70 percent of average capacity, according to the state basin report which can be found at http://www.nrcs.usda.gov/wps/portal/nrcs/main/nm/snow/.

Many of those lakes and reservoirs are within state parks.

“We have 34 state parks that provide wonderful outdoor experiences statewide,” says Christy Tafoya, director of the state parks division.
“We encourage visitors to enjoy parks year-round, as we have camping, fishing, boating and hiking activities, as well as fun and engaging educational programs.”

Romero says that much of the stored water in the state’s lakes and reservoirs is slated for use by farmers and municipalities.

“It’ll be released at some point and won’t be replaced by snowpack runoff so even that situation doesn’t look good in the long run,” he says.

And once again New Mexicans may have to ride out a drought hoping and praying for the monsoon season to bring some relief.
1 comment: 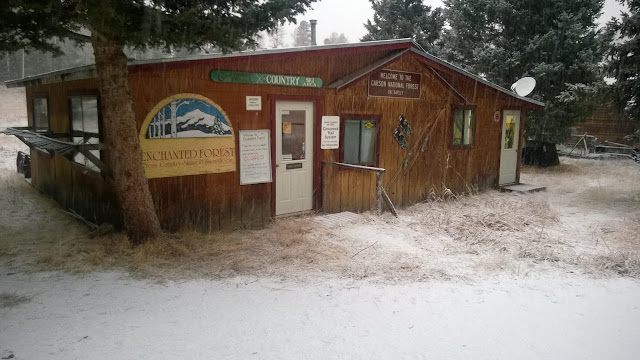 The cross-country ski and snowshoe area in northern remains closed due to a lack of snow and the operator is seeking financial donations to help stay afloat until next year.

“This is unprecedented, there’s just no snow and we weren’t prepared for this,” says Ellen Miller-Goins of , owner of the outdoor resort. 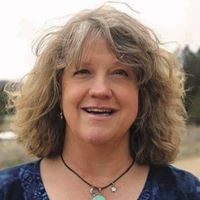 The 600-acre cross country ski and snowshoeing area is in the near between and Eagle Nest.

Snow pack across and southern is way down this year due to drought this fall and early winter.

While many ski areas can make snow to stay open for business, Miller-Goins can’t and remains closed.

To offset the loss of business income and help cover expenses Miller-Goins is appealing to the public for help.

Those interested in donating can go online to her fundraising campaign page on Indiegogo’s website at https://www.indiegogo.com/projects/save-enchanted-forest#/.

Country music star, Michael Martin Murphy, who spends many of his summers in helped out with a benefit concert last weekend at the Motherlode Saloon that raised almost $10,000.

“We had a good turnout and great time,” Miller-Goins. “It was very intimate and wonderful concert.”

Miller-Goins says if enough snows falls in the coming months she may be able to open but she isn’t counting on that happening.

Kerry Jones, meteorologist with the National Weather Service, in says the outlook for snow in the coming months is well below average.

“I don’t think anyone had any idea it was going to be this brutal,” Jones says of the lack of statewide precipitation this fall and early winter. “This time last year they had four to five feet of snow at , there’s isn’t really anything on the ground up there right now.” The agency regularly measures snowpack at a site near

The area’s so dry that Colfax County Fire Marshal Larry Osborn has just imposed a fire ban in some areas of the county.
The cross country ski area was created by Miller-Goins’ parents in the mid-1980s and she has been running it since 2010.

When there’s snow on the ground the recreation area features many miles of groomed trails, equipment rentals, lessons and heated yurts where cross-country skiers and snowshoers can spend nights in the backcountry. 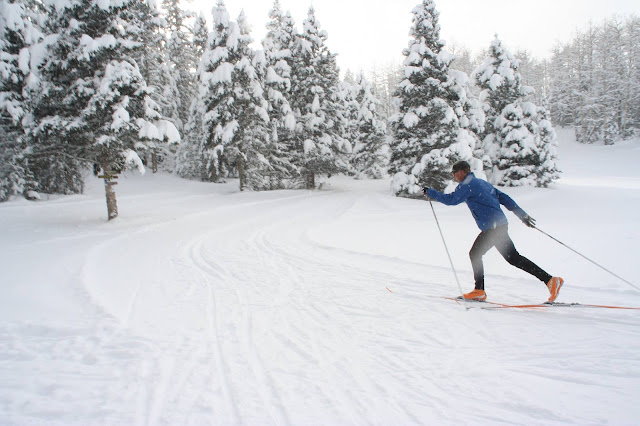 “I love this place and other people do too,” says Miller-Goins. “And needs places like this for our tourism economy to thrive so I hope people can help out.”