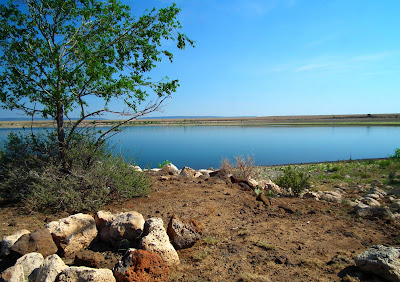 High on a windblown mesa overlooking the plains of New Mexico lies an unexpected oasis where visitors can camp and fish from the banks of a deep lake still thriving despite the long running drought.

“Charette Lake still holds plenty of water and fish,” says Clint Henson of the Department of Game and Fish’s northeast area office in Raton.”And not a lot of people get up there too often.” 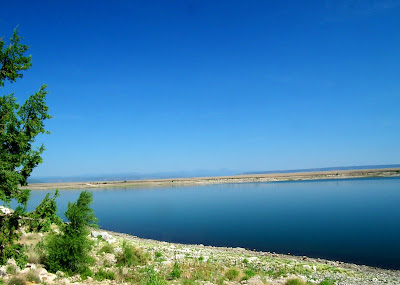 The lakes are a great alternative for local anglers who have seen fishing opportunities in the area dwindle along with receding waters at popular spots such as Storrie, Morphy and Santa Rosa lakes.

Located about 15 miles off I-25 between Wagon Mound and Springer in northeast New Mexico the Charette Lakes refuge provides a remote haven for wildlife and humans alike. 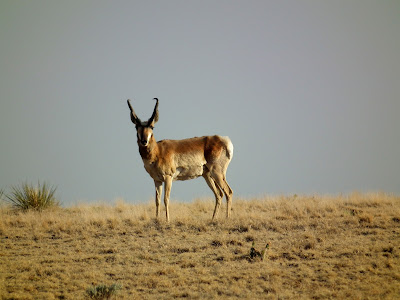 Comprised of two lakes fed by ditch with water from nearby Ocate Creek the 2,000-acre refuge is owned and operated by the state Department of Game and Fish to benefit waterfowl and anglers.

The shallow, 100-acre upper lake has gone dry due to the drought but the much deeper and bigger lower lake has survived despite a lack of snowpack runoff and heavy summer rains over the past few years. 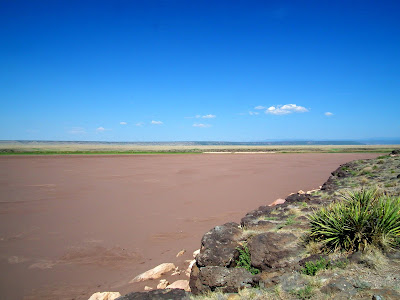 “It’s lower than I’ve ever seen it,” Henson says. “But it’s still in pretty good shape,”

The lower lake spans over 300 acres and is anywhere from 60 to 90 feet deep when at its fullest.

But Henson says the lake level looks like it has dropped about 30 feet over the last few years.

Recent monsoon rains should help bring it back up some, he adds. 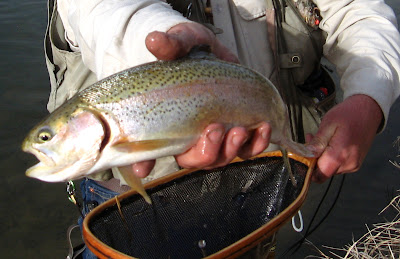 The lower lake has always boasted a good population of trout, perch, and waterfowl while pronghorn and other wildlife have also made the refuge home.

During a recent mid-week overnight visit there was no one else to be found camping around the rocky shoreline where colorful cactus flowers bloomed and antelope grazed amid the grass. 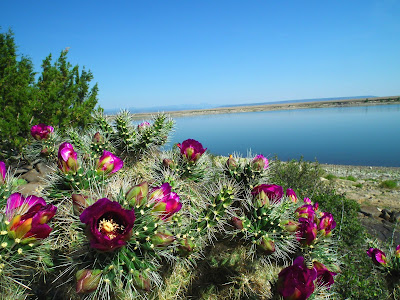 Trees are few and far between here and visitors will need to bring their own shade. There is also no drinking water to be had so packing in a good supply is essential.

There are numerous concrete picnic tables, sturdy vault toilets and fairly level camp sites strategically situated around the lake for public use. 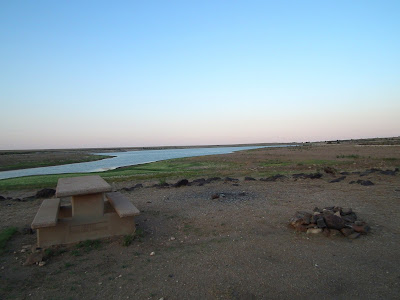 While taking in the views of the distant mountains and outlying plains a visitor might conclude that the mesa-top lakes would be a remarkable place to watch a far off thunderstorm as it launched lightning bolts across the sky.

But during the author’s visit it was a couple of rising trout in a cove at dusk that provided plenty of entertainment as they toyed with a fishing fly resembling a grasshopper I repeatedly cast out and danced across the surface. 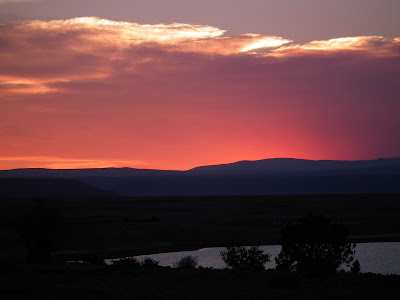 According to the angler’s bible, “Fishing in New Mexico” by Ti Piper, fishing during the summer can be trying as the trout are holding in the deeper water and biting their best just at dawn.

Unfortunately the receding shoreline left the boat ramp out of the water and getting a small boat armed with a fish finder out onto the lake to get at them could be a problem. 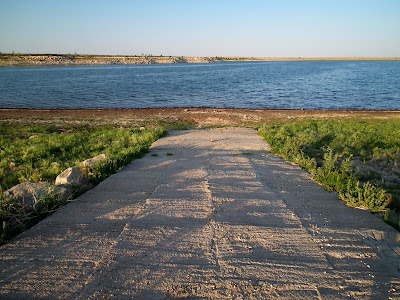 But a canoe or float tube will still work well here under the current conditions and even fishing from the shore was fairly easy due to the lack of trees and other vegetation to foul up a cast.

Fly fishing anglers might want to try a damsel fly pattern or a stimulator trailing an ant on the surface or fishing bigger nymphs real deep. 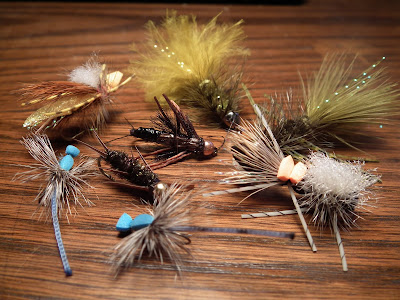 Charette Lakes are best fished in the fall with a woolly booger or gray-hackled peacock fly suspended below a bubble and cast out onto the lake with a spinning rod, according to Piper.

But the real beauty of this place might be the lack of company and space to breath. 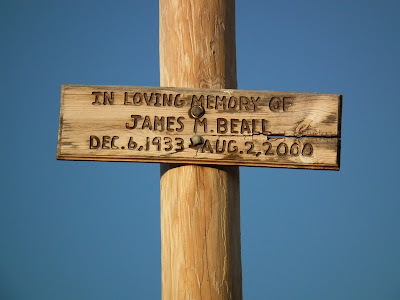 Even if you’re not catching fish you could be reading a good book under an awning while enjoying a cold beer and occasionally watching the antelope play. The weather alone here makes for good viewing.

Those who like to explore will find a deep canyon off the southeast corner of the lake through which the creek flows and the dry surface of the upper lake might be of interest to some, too. 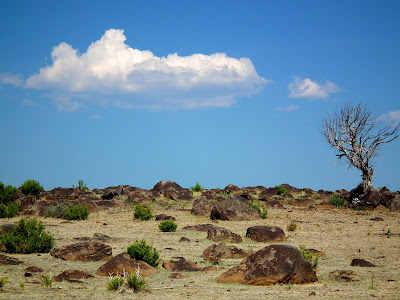 It should be noted that this looks like rattlesnake country, so don’t go poking around under rocks. There’s also the very real threat of lightning strikes up on the exposed mesa but little to be done about it other than huddle in a vehicle.

Bring everything you will need when you go because it’s a long way back to town. You’ll also need to pack out what you brought in. 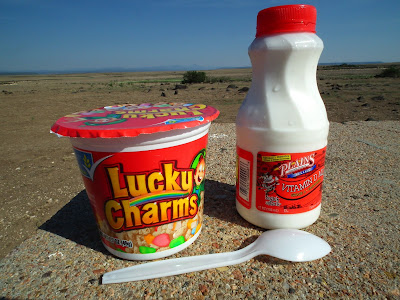 The refuge is open to fishing March 1 through October 31 and is free to use for those holding a current hunting, fishing or Gaining Access Into Nature (GAIN) permit.

The history behind the lakes is murky but some details were discovered during an online search.

The state Game Commission purchased the lakes and water rights in 1949 from an irrigation company apparently created by land speculators who were selling farms on the edge of the plains to settlers. 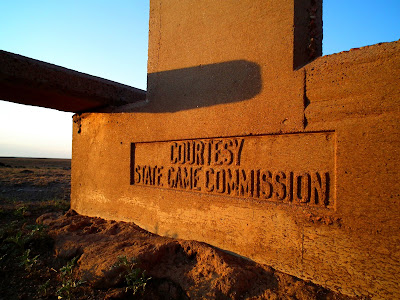 The settlers were being lured to the area by the promise of a rail line being built at the nearby town of Colmor and running straight out across the plains to Kansas.

The rail line would allow trains to save time and avoid the laborious climb over Raton pass to ship cattle and timber to the railheads in Kansas. 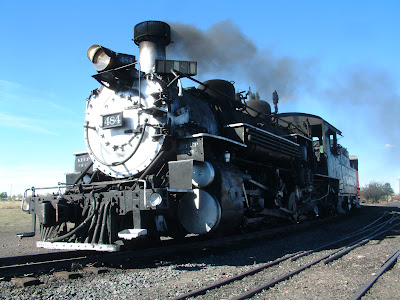 The railroad laid track to within about 35 miles of the town before World War II erupted and put an end to the ambitious plan. The tracks were then pulled up and melted down for scrap metal for the war effort.

The town of Colmor, so named due to its location straddling the Mora and Colfax county lines, is now a ghost town with its ruins on private land still visible off the frontage road between Wagon Mound and the Charette Lakes turnoff.

Charette Lakes may be named after a French trapper and trader as a mountain man-era pack trail ran within three miles of the lakes which are formed from natural depressions in the volcanic rock. 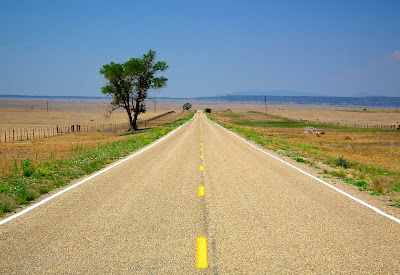 If You Go: Take I-25 about 60 miles north of Las Vegas to the St. Rd 569 exit located between Wagon Mound and Springer. The gravel road crosses private ranch land and then turns to pavement as it wends its way to the top of the mesa. Great views of the plains from the side of the road at the top of the mesa.