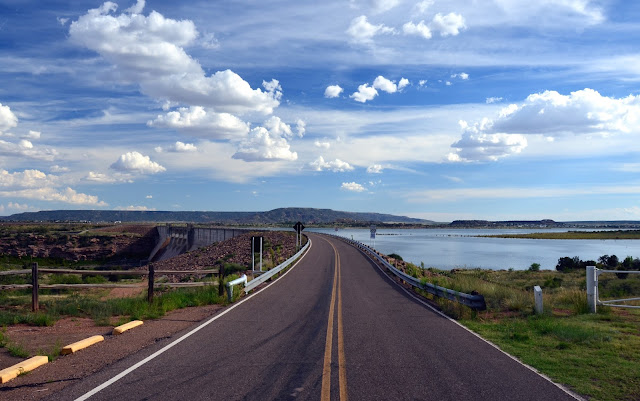 is an oasis on the sunny plains of eastern where once again vacationers will soon be able to rent an historic cottage for a cozy getaway.

The Adobe Belle Resort at has been closed for the last three years while making repairs to the historic cottages built by Civilian Conservation Corps workers during the Great Depression.

Now much of the structural work and upgrades have been done, the process of picking a new concessionaire is underway and the resort should be back in operation soon, maybe even by this summer, says Steve Peterson, lake manager for the U.S. Army Corps of Engineers.

The Adobe Belle cottages have long been one of state’s best kept vacation secrets.

It’s a place where guests can lounge on a lawn under a big shade tree while enjoying a  cool breeze and the view of the immense lake.

The four duplex, rental cottages are tucked away in a secluded neighborhood under a canopy of shade trees behind the Army Corps offices at the dam.

The rental cottages are a big draw for those who like to fish the lake for its bass, walleye, and other warm water species.

Recent monsoon rains and decent winter snows have helped the lake recover from years of drought and the fishing is now reported to be some of the best in the state, says Eric Frey, sport fish program manager for the New Mexico Department of Game and Fish.
Other recreational activities at the lake include swimming, water skiing, sailing or simply playing on the sandy beaches.

But if its history you’re into, then Conchas lake is a really a great place to visit.

Built primarily as a public works project to provide jobs to New Mexicans at a time when half the state was unemployed back in the 1930s, the dam provides flood control, irrigation and recreation today.

It is listed on the National Register of Historic Places in part because of the Spanish/Pueblo Revival architectural style used throughout the project.

While crossing the dam one might notice the bronze doors and wrought iron lantern fixtures built into the structure.

A stop at the Corps office will reveal paintings by artists employed during the Depression that document the dam’s construction.

And the visitors’ center is stocked with interpretive and historical displays and a video of the dam’s history.

But what one can’t see any longer is the town that was carved out of the desert on the Bell Ranch just downstream of the dam to house some 2,500 workers and their families while the project was underway.

Ninety percent of the workers on the project came off the relief rolls, earning between 25 to 45 cents an hour.

The town known as consisted of 36 dormitories, 132 stand-alone homes, multiple offices and workshops; all built from handmade adobes or carved sandstone, according to published accounts of the project’s history.

There was a mess hall to feed 1,500 workers a day, a 24-bed hospital considered one of the best in the state at the time and related businesses including a gas station, drug store, restaurant, pool hall, grocery store, barber and tailor’s shops.

The community hosted a grammar school and high school, a 700-seat movie theatre that was the envy of the area and even tennis courts and a golf course.

Electricity was provided for the town by generators powered by natural gas obtained through a pipeline laid by workers to Tucumcari, some 32 miles away.

The town was later dismantled when the 235-feet high, 1,250-feet long dam, $15-million dam was completed after four years of construction. Many of the same materials were later reused by workers to create the Army Corps’ offices, workshops and the cottages at the dam.

A history of the U.S. Army Corps of Engineers Albuquerque District by Michael E. Welsh provides in-depth details about the dam project including ethnic tensions, political scandals and other issues that arose and may sound familiar today.

For example, primary contractors on the job brought in Mexican Nationals from their Los Angeles base of operations who were deemed more competent and learned in the ways of heavy construction than the relief roll workers, of whom 60 percent were poor, local Hispanics from farming and ranching backgrounds, according to Welsh’s book. 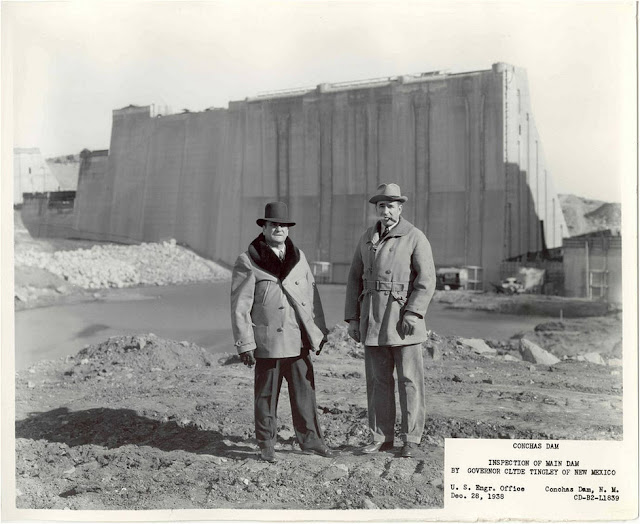 This led to ethnic tensions during the project which still exist today for many New Mexicans.

And a prominent U.S. Senator, Dennis Chavez, was at the heart of allegations that he had placed relatives and family members inside the public relief system who pressured relief workers statewide to make campaign contributions to the Chavez political machine or face transfer from their hometown relief jobs to the remote project at Conchas Dam, according to Welsh’s book.

This earned the Conchas Dam project the nickname “” among some workers who were forced to toil there.

Today the construction town is gone but the lake remains with several campgrounds to enjoy, a couple of boat ramps, a marina and other amenities that make the state’s third largest lake a great vacation destination. And it’s just a two-hour, very scenic, drive from .

For more information about can call themCorps at 575-868-2221 or 575-868-2421 or visit their website at http://www.spa.usace.army.mil/Missions/CivilWorks/Recreation/ConchasLake.aspx.