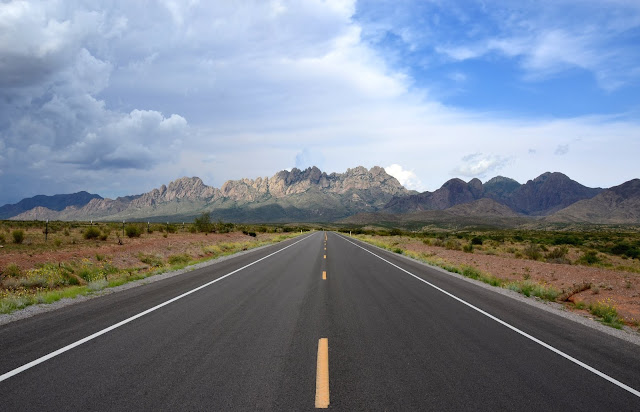 With over 40 percent of ’s land in public hands, great weather and friendly people, the state has long been an outdoor recreation mecca.

The state’s outdoor recreational industry brings in about $10 billion in consumer spending each year accounting for an estimated 10 percent of the state’s gross domestic product, according to the most recent academic and business studies.

The industry supports close to 100,000 jobs across the state and generates almost $3 billion in payroll while providing more than $600 million in taxes to government coffers.

The state Department of Game and Fish (NMDGF) issued more than 250,000 licenses to resident anglers in 2017 and another 185,000 licenses went to non-residents, according to agency statistics.
The fly fishing industry on the San Juan River at Navajo Dam alone produces up to $30 million in business every year while anglers spent about a total of $268 million statewide, according to department reports.

’s hunters bought about 115,000 licenses from the department in 2017 while another 87,000 went to out-of-state hunters.  Hunting accounts for an estimated $342 million in direct spending, according to department reports.

Outdoor enthusiasts represent a large constituency of voters and with that in mind we ask the candidates for governor, Michelle Lujan Grisham and Steve Pearce, both state lawmakers in the U.S. House of Representatives, to share with our readers their views about some outdoor recreational issues.

What outdoor recreational activities do you enjoy and when and where was the last time you did so?

Lujan-Grisham:
As a 12th generation New Mexican and lifelong resident of this state, I’ve been privileged to benefit from our beautiful lands and natural resources. I hike, bike, fish, and ride horseback across . I went fly fishing and hiked in the Valles Calderas this past weekend, recently horseback riding in Canjillon at the Carson National Forest, and cycled at White Sands National Monument and El Malpais National monument as part of our campaign’s 33 county Jobs and Leadership Tour last month.

Pearce:
Hunting, fishing, and hiking. I take every opportunity I can to enjoy our beautiful state. In line with keeping up with both a Congressional schedule and a campaign schedule, I especially try to find any opportunity afforded me to get outside and hike. Most recently I spent a few hours in the . As for hunting, I took my granddaughter on her first turkey hunt in  last season. Unfortunately, I have not had the time to hunt yet this year but I'm looking forward to getting back out there after the election.

Where do you stand regarding commercial wildlife trapping on public lands?

Lujan-Grisham:
Our land and wildlife management should work to maintain existing ecosystems and promote animal welfare. While there are specific instances where individual animals are causing serious and possibly life or property-threatening damage or depredation, New Mexico should commit itself to implementing a science-driven, 21st century wildlife stewardship model that reduces the potential to indiscriminately catch, maim or kill wildlife and domestic pets.

Pearce:
I support limited and regulated trapping on public lands, including commercial trapping when it serves State Game and Fish management interest.  is home to a diverse and unique culture and heritage. We must find the correct balance of protecting the outdoors and our species, as well as our citizens ability to hunt and trap.

Do you support or oppose changing the law requiring euthanization for rabies testing of wildlife involved in attacks upon humans such as the case involving the Valles Caldera trail runner?

Lujan-Grisham:
I would support a study within the Department of Game and Fish to examine the impact of and alternatives to the current law, which requires euthanasia in all circumstances when a human is attacked. We ought to look at possible alternative methods for testing for and assessment of rabies risk, while ensuring that the Department of Game and Fish and its staff continue to prioritize keeping people safe from harm.

Pearce:
Oppose, at this point. I would work with the Department of Health, Game and Fish, and the State legislature to update the law, should it be necessary in the future.

What is your position on recent proposals to merge the state Department of Game and Fish and the State Parks Division to maximize resources and improve services?

Lujan-Grisham:
In recent years we’ve seen legislation and proposals that would expand and/or alter the scope of operations for NMDGF, or merge it with other agencies.
I support the study of proposals like merging the department with the State Parks Division that could potentially help to ensure adequate resources for the management of non-game species currently under the purview of NMDGF, create efficiencies,  Any such change must be conducted with careful preparation and analysis to ensure that there are no discontinuities in important services and that that funding is available for all aspects of service. I will work to evaluate this change, solicit public and stakeholder input, and ensure any such change is coupled with adequate funding for the department to meet its goals.

Pearce:
I oppose this proposal. These entities have two unique and vital missions to the success and health of ’s natural beauty. As they currently stand, they have the resources necessary to complete their missions successfully. As Governor, I will ensure they also have the proper management to continue on the progress and positive impact they are making on our State.

What do you think of the idea of creating a state office or agency to support and promote outdoor recreation in ?

Lujan-Grisham:
I believe that a creating state office of outdoor recreation, done the right way, is a clear step in the right direction to promoting and expanding this growing industry. This $10 billion dollar economy is one of ’s strongest growth opportunities. In forming this office we should bring together stakeholders from industry, local businesses, outfitters, conservation groups, federal agencies, and those engaged in outdoor recreation to chart the best path forward as we look to coordinate and leverage the incredible resources our state has to offer. I will support key performance measures for the office in terms of economic growth, conservation, and enhancements to our outdoor recreation infrastructure.

Steve Pearce:
I believe it is a premature decision. Game and Fish, State Parks, Forestry, and Tourism all have a role and responsibility to play in providing the best experience possible for New Mexicans and visitors alike. I will work as Governor to ensure they have the management and coordination to continue expanding opportunity and protecting access to our public lands. The State has the proper resources in place to promote our beauty - it needs to focus on coordination and action over the creation of more bureaucracy.

There may be no better time to take a drive than when ’s aspen and cottonwoods trees are ablaze with fall colors.

One of the best area road trips to see the fall foliage is to Jemez Springs after the leaves of streamside cottonwood trees turn a deep orange.

It’s just a little over an hour’s drive from Albuquerque to Jemez Springs on U.S. 550 to N.M. 4 and the trip offers visitors great fall scenery amid towering red cliffs topped by stunning blue skies.

Travelers can enjoy even more spectacular scenery in the surrounding national forest by continuing up N.M. 4 to N.M. 126. The road spans 40 miles between La Cueva and and is a typical graded gravel forest road for much of way.

Check with the ’s Jemez Ranger District Office at (575) 829-3535 for current fall foliage and road conditions.

Another easy fall drive for residents is up into the mountains above to see the fall colors from the ski area chairlift. Rides are available on weekends in September and every day during Balloon Fiesta, Oct. 6 through the Oct. 14. Visit www.skisantafe.com for details.

Travelers returning from the ski area also can enjoy an extended tour of the woods by taking Forest Road 102 down to to emerge near Tesuque.

Another great fall drive near includes taking the High Road to and returning along the .

Take U.S. 84/285 north to the Nambe turn off at N.M. 503 and follow to the Chimayo turnoff at Santa Fe County Road 98.  Drive through the village of Chimayo to N.M. 76 and then head up the mountain past Truchas over to Peñasco and on to Ranchos de Taos for the return trip along the Rio Grande on N.M. 68.

But probably the best drive in northern to view the fall colors is a 50-mile jaunt on U.S. 64 from Tierra Amarilla  over the mountains and through the to Tres Piedras.

The highway climbs into the high country past the impressive Brazos Cliffs and offers plenty of unmarred scenic beauty including bright yellow aspen groves and stands of brilliant red oak trees.

Travelers heading up to Tres Piedras on U.S. 84 will see over 90 miles of spectacular scenery including the stunning red rock cliffs near . Upon returning on U.S. 285 from Tres Piedras travelers will pass by a lengthy cottonwood bosque between Los Ojos and Espanola and could see even more brilliant fall colors.
No comments: